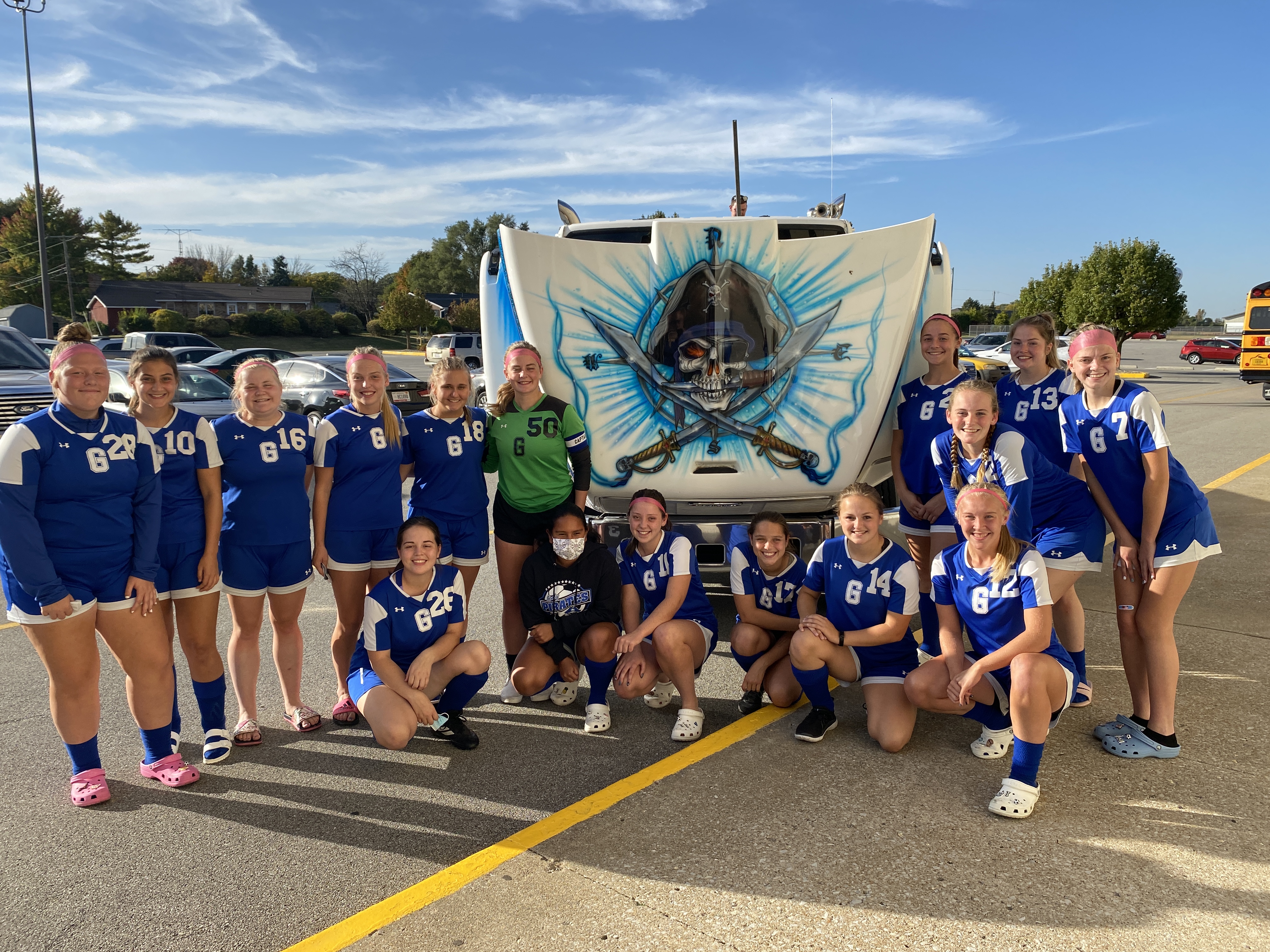 The Greensburg Lady Pirates met Indianapolis Shortridge Blue Devils in their second round of sectional play. The Lady Pirates showed up to play and took home the victory, final score 3-0.

With 12 minutes off the clock, Emilee Ernstes would score the first point of the game with an assist from Macey Smith and the only points for either team in the first half. The score sat at 1-0 at the end of the first half.

The second half would carry the momentum of the first half for the Pirates. The first goal of the second half was a shot taken by Captain Emily Rosales that deflected off a Shortridge player settling in the goal. Rosales would get a goal a few minutes later that would tie the record of the most goals for a single player in the season. The record is 12. This goal would bring the Pirates to 3-0 and would advance the Pirates to the Sectional Finals for the second year in a row.

This brings the Pirates record to 7-10. The sectional championship is Saturday at 2 pm. The Pirates face Indianapolis Cathedral.